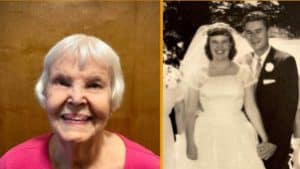 Phyllis
Phyllis was born and raised in the DePere area. She graduated with a business major at the University of WI and then started her 32 year career as a teacher at Preble High School. After college she married a wonderful man named Don (who she knew since grade school), and they started their family of three. …read more!

Doc
Doc has been married to his wife, Karen, for 62 years! They have three wonderful children and now six grandchildren. Doc proudly served his country in the Army. When he was discharged, he became a veterinarian and worked with large animals. …read more!

Helen
Helen was born and raised in St. Louis, MO. She married a wonderful man named Kaleb and moved to Marinette, WI, to raise their family of six. Helen worked for the county for years as a Mental Health Therapist and also for the Department of Corrections. …read more!

Jan
Jan was born and raised in Combined Locks, WI. She had met her wonderful husband when she was a freshman in high school! After she had graduated, she had worked for Kimberly Clark as a switch board operator, she then switched to working with shipping. Jan had then run Royal Scot golf course for 8 years before she had moved to Florida! …read more!

Judy
Judy was born and raised in Green Bay. After she had graduated, she had met her lovely husband, Gary, and got married. She had gone to school at NWTC for accounting shortly after. …read more!

Tiarre
Tiarre over sees the housekeeping in our memory care. She is married and has two sons who are 7 and 2. She is also expecting her third child this coming April! …read more!

Sasha
Sasha is a shift supervisor here at Emerald Bay. She has lived most of her life in Green Bay. She has a wonderful man in her life and two adorable boys. She is proud that she got her GED at age 31! She has worked in healthcare since 2012, and plans to go to school for Psychology so she can be a grief counselor! …read more!