From the executive director’s desk

Happy New Year everyone!
I hope you were able to enjoy the holiday season with your family and friends. Enjoy the month and make sure to join in on all of the fun activities planned!

Glorian
Glorian was born in Merrill, WI, then moved to Wausau when she was a ba-by. In grade school she loved to sing in the choir. After graduating, she worked for Wilson Hurd for a couple of years assembling electrical panels. …read more!

Charlotte
Charlotte was born in Chicago, then moved to a farm in the Eau Claire area when she was three. After graduating she continued to work on her family farm until she married her husband, Louis. A few years later they moved to West Bend where she worked in a factory for 15 years making coffee urns. …read more!

Jim
Jim was born and raised in St. Paul MN. After graduating he went into the Air Force and went onto school at the University of Minnesota for mechanical engineering. Once he completed college he had started to work in industrial engineering until he retired. …read more!

Mary Ann
Mary Ann was born and raised in Green Bay. Once she had graduated she had started working right away and spent most of her career at Shopko. Mary Ann had met her husband Joseph and they had four children together. …read more! 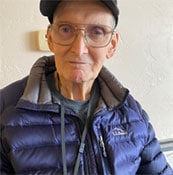 Frank
Frank was born and raised in Marquette MI. He had moved to Green Bay for work after graduating where he became a truck driver. …read more!

Ken
Ken had moved to Green Bay when he was young due to his dad, who made cheese getting a job here. Once Ken graduated he had started working at the Pa-permill where he had worked for 36 years! During. …read more!