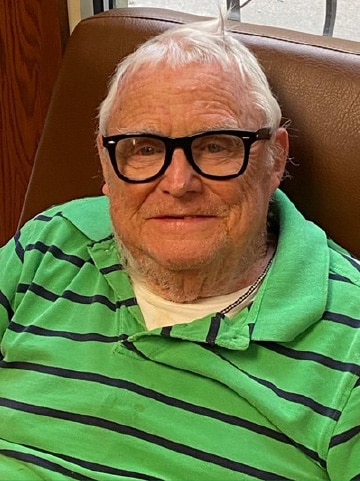 Bob
Bob was born right here in Neenah, WI. He grew up in a small house on Union Street with his older brother and younger sister. Bob has fond memories of playing outdoor games such as kick the can with his siblings. His family were true Neenah Rockets, there was always cause for celebration when the Neenah football and basketball teams beat the Menasha Bluejays. Bob says, “ I love Neenah… it’s small enough to know your neighbors”. …read more!

November 1, 1848 – The first medical school for women opened in Boston. The Boston Female Medical School was founded by Samuel Gregory with just twelve students. The school merged with the Boston University School of Medicine in 1874 becoming one of the first co-ed medical schools.

November 2, 1962 – During the Cuban Missile Crisis, President John F. Kennedy announced on TV, “The Soviet bases in Cuba are being dismantled, their missiles and related equipment being crated and fixed installations at these sites are being destroyed”.

November 17, 1800 – The U.S. Congress met for the first time in the new capital at Washington, D.C. President John Adams then became the first occupant of the Executive Mansion, later renamed the White House.

November 19, 1863 – President Abraham Lincoln delivered the Gettys burg Address during ceremonies dedicating 17 acres of the Gettysburg Battlefield as a National Cemetery. Famed orator Edward Everett of Massachusetts preceded Lincoln and spoke for two hours. Lincoln then delivered his address in less than two minutes. Although many in attendance were at first unimpressed, Lincoln’s words have come to symbolize the definition of democracy itself.

November 26, 1789 – The first American holiday occurred, proclaimed by President George Washington to be Thanks giving Day, a day of prayer and public thanksgiving in gratitude for the successful establishment of the New American republic.