From the Executive Director’s Desk

Hello everyone! My name is Michele Peterson and I am the new Executive Director here at Beaver Dam Assisted Living. I’m excited to be a part of the Beaver Dam Assisted Living family and community. I look forward to learning more about each and every one of you. My past experience in long term care has included working with Alzheimer’s and Dementia communities, as well as Advanced Age/Frail Elderly. …read more! 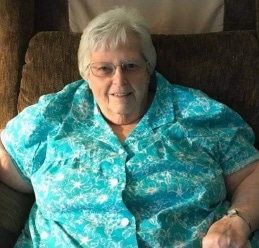 Lois T.
Lois was born April 18, 1941 in Beaver Dam, Wisconsin to John and Mildred Schmidt. Lois lived in Horicon until she was married to Darwin Tesch in 1962. They bought their first house in Beaver Dam in 1962 and then in 1976, built their own home on Hwy 33. …read more!

Beverly S.
Beverly was born in Milwaukee, Wisconsin to Stanley and Hilda Semrau on April 24, 1930. Her father was a mechanic and her mother worked at home. She had one brother, Robert, who is now deceased. Beverly attended Riverside High School in Milwaukee and took business classes. She worked in Milwaukee for an engineering firm called Harnes Corp. “They made ship loader equipment. I was the stenographer for them.” Beverly worked there for three years before she married Alfred Schroeder on November 11, 1950. …read more! 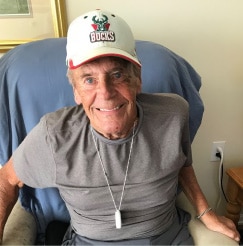 Donald “Don” M.
Don was born on February 10, 1934 in West Bend, Wisconsin to Curtis and Marie Mayo. His dad did road construction and his mom worked as a manager for a home store. Don has one sister, Kaye, who is still living and one brother, Dick, who is de-ceased. Don attended High School in West Bend and then graduated from Marquette University with a degree in English & History and with minors in Military Science, Theology & Philosophy. He mar-ried his childhood sweetheart and together they had six children.; four girls and two boys. …read more!