Barb
Barb was born in Green Bay, but moved around a lot when she was little because her dad was a well driller. In fact, she even lived in a prison for a short period of time! Her father was drilling a well there and they let them live in a trailer on the prison property during the job. When it was time to start school, they moved to the Bay Settlement area in Green Bay. Her grandfather had come over from Holland and purchased some property that is now called Wequiock Falls Park. …read more!

Kathy
Kathy enjoys quilting and proudly has them up on display throughout her apartment. She also enjoys bingo, cooking and Pictionary. …read more! 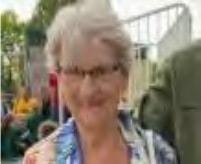 Ruth
Ruth was born in Wadena, Minnesota and stayed their until she graduated high school. She then moved to Fargo, North Dakota and worked in a bank. After this, Ruth moved to Minneapolis and married her husband, Glenn.. …read more! 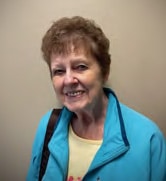 Carol
Carol was born and raised in Menominee, MI. When she was in school she loved to sing in the choir. After she graduated she worked for a while for the Signal & Electric company putting fan covers on. She also worked in the evenings selling movie tickets at the theatre. …read more!

Tom
Tom was born and raised in Wausau, WI. He had attended UW Stevens Point for Business after high school. Once he had graduated he had worked at Genuine Parts Company and Napa Auto Parts as a sales trainer. For fun, Tom enjoys spending time with his wife, Joan. …read more!

Mary Jean
Mary Jean was born and raised in Iron River, MI. After graduating she worked for the local dime store and movie theatre. She met her husband, Maurice, when he came cruising through town with his friends. They later married and had six wonderful children. Mary stayed home to raise her children. …read more!

Bill
Bill was born and raised in Brillion, WI. When he was a junior he joined the Army and was able to graduate while in the service. He was stationed in Hawaii for over 18 months! After he returned he worked for several years as a machinist at Brillion Iron Works. …read more!

Ann
Ann is a Med Passer here at Emerald Bay. Her favorite thing about her job is the residents, she loves spending time with them. For fun, Ann enjoys to travel, on her bucket list is to go to the Kentucky Derby and she would love to travel to Germany! …read more!

May Schedule of events